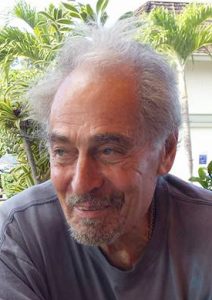 Dr. Carl A. P. Ruck is a professor in the Classical Studies department at Boston University. He received his B.A. at Yale University and a Ph.D. at Harvard University.

Carl has written extensively on Greek mythology and ecstatic rituals of the god Dionysus. With the ethnomycologist R. Gordon Wasson and Albert Hofmann, he identified the secret psychoactive ingredient in the visionary potion that was drunk by the initiates at the Eleusinian Mystery. In Persephone’s Quest: Entheogens and the Origin of Religion, he proclaimed the centrality of psychoactive sacraments at the very beginnings of religion and innovated the neologism “entheogen” to free the topic from the pejorative connotations from words like drug or hallucinogen. 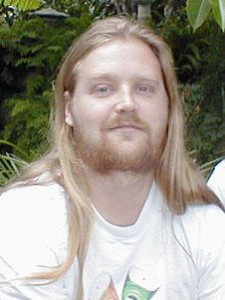 An independent researcher, editor, and author,  Mark holds degrees in Religious Studies, and Philosophy. He has academic training and professional experience in Museum Studies, having worked as a curator and collection manager. Mark is the editor of entheomedia.net and Entheos: The Journal of Psychedelic Spirituality.
Over a period of more than 20 years, Mark has co-authored 7 books with Dr. Ruck on the topic of entheogens and religion. He has also written on Native American, Hawaiian, and Meso-American shamanism, ancient Mystery Religions, early Christianity, and the role of visionary sacraments in western mystery traditions. He lives with his wife Marisol (see Team Wasson below) and son, Sasha in Taos, NM. 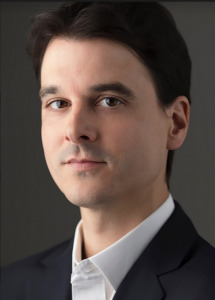 Brian C. Muraresku graduated Phi Beta Kappa from Brown University with a degree in Latin, Greek, and Sanskrit. As a member of the New York Bar, he has been practicing law internationally for fifteen years.
In 2016, he became the founding executive director of Doctors for Cannabis Regulation, whose work has been featured by CNN, ESPN, VICE, and The Washington Post. In arbitration with the NFL, he represented the first professional athlete in the United States to request a therapeutic use exemption for cannabis.
Brian is the author of The Immortality Key: The Secret History of the Religion with No Name. He lives outside Washington D.C. with his wife and two daughters. 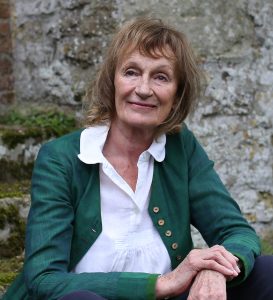 Amanda has dedicated over 50 years to the scientific exploration of psychedelics in the belief that modern science can be used to understand, validate, and optimize the healing potential of psychedelic medicines. In 1998, she set up the Beckley Foundation in order to open up the doors of scientific research into the potential benefits of psychedelics, and to develop a scientific evidence base to help reform global drug policies, so that these compounds can be made available to patients in need. Over the last 20 years, the Beckley Foundation has become a world-famous pioneer in psychedelic research. Amanda has been dubbed “the hidden hand” behind the renaissance in psychedelic science, featured on the Guardian’s list of the Bravest Men and Women in the History of Science, and has personally co-authored over 50 peer-reviewed scientific publications on the subject, many with ground-breaking results.

Mike Jay is an author, curator, and historian who has written widely on the history of drugs, ethnobotany, and the mind sciences. His books include High Society: mind-altering drugs in history and culture (2010), which accompanied a major exhibition he curated at Wellcome Collection in London, and his most recent Mescaline: a global history of the first psychedelic (2019). He is a research affiliate with the Centre for Health Humanities at University College, London, and writes regularly for the Wall Street Journal and the London Review of Books. He lives in London, UK.

Dennis McKenna is an ethnopharmacologist who has studied plant hallucinogens for over forty years. He is the author of many scientific papers, and co-author, with his brother Terence McKenna, of The Invisible Landscape: Mind, Hallucinogens, and the I Ching, and Psilocybin: Magic Mushroom Grower’s Guide. He holds a doctorate from the University of British Columbia, where his research focused on ayahuasca and oo-koo-hé, two hallucinogens used by indigenous peoples in the Northwest Amazon. He received post-doctoral research fellowships in the Laboratory of Clinical Pharmacology, National Institute of Mental Health, and in the Department of Neurology, Stanford University School of Medicine. In 1990, he joined Shaman Pharmaceuticals as Director of Ethnopharmacology, and in 1993 became the Aveda Corporation’s Senior Research Pharmacognosist.
Dennis is the Principle Founder of the McKenna Academy.

Yvonne Negrín has worked with the Wixárika Indigenous people of Northwestern Mexico for more than five decades. She and her husband, Juan Negrín, worked to promote cultural awareness and respect for the Wixárika people through lectures and exhibits of their finest artworks in North America and Europe. However, over the years the majority of their time and energy has been spent advocating for the defense of the land, natural resources, and sacred pilgrimage areas that the Wixaritari have regularly traveled to since time immemorial.
She is the Executive Director of the Wixárika Research Center. Through their online archive, wixarika.org, much of the Negrín’s collection of art and historical archives are being made accessible to the public and to the Wixaritari for the first time.

Gina, who holds a BA in psychology from the University of Hawaii in Hilo, has over 10 years of experience working with ayahuasca. She spent nearly four years in Peru, working at several different healing centers in the Amazon rainforest. Gina has a deep reverence and respect for the Shipibo-Conibo tribe and resonates strongly with their healing practices. She has organized and facilitated many retreats in Peru and is passionate about sharing the wonders of shamanic medicine with the world. She was born and raised in Alaska (a member of the Athabaskan tribe) and has worked as an indigenous rights activist and organizer for many years, in Alaska and Washington, DC. Gina is currently organizing a Decriminalize Nature campaign in Alaska.

David was born in 1935 in Wooster, Ohio and now lives in East Richmond Heights, California. He was educated at the College of Wooster, the University of Edinburgh, and the University of California at Berkeley where he graduated with a Ph.D. from the Department of Near Eastern Studies and studied under Martin Schwartz, with whom he wrote Haoma and Harmaline (1989). Thus, his research interests include the oral literature representing the psychoactive effects of the plant extract “soma/haoma” and how it gave rise to the priestly rituals preserving the Indian Vedas and the Iranian Avesta. David is also profoundly in the work of Claudio Naranjo, chiefly as it concerns ayahuasca, ibogaine, and peyote in Brazil, Colombia, and Mexico, He co-edited Catalyst of Miracles: The unknown Claudio Naranjo. 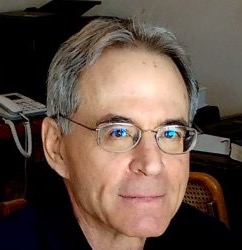 Rick Strassman was born and raised in Los Angeles, California. He graduated from US Grant High School in Van Nuys in 1969, began his undergraduate studies in zoology at Pomona College in Claremont, and later transferred to Stanford University, where he graduated with departmental honors in biological sciences in 1973. He received his MD from the Albert Einstein College of Medicine at Yeshiva University, did his general psychiatry residency at UC Davis in Sacramento, took a clinical psychopharmacology research fellowship at UC San Diego. In the course of a two-year post-fellowship position at the University of New Mexico, he discovered the first known function of melatonin in humans. Strassman’s studies of DMT and psilocybin in the early 1990s at the University of New Mexico was the first new American clinical research with Schedule I psychedelic drugs in a generation. He is the author of the best-selling book DMT: The Spirit Molecule, and co-producer of the successful independent documentary with the same name. He is author of DMT and the Soul of Prophecy, co-author of Inner Paths to Outer Space, and author of a work of fiction, Joseph Levy Escapes Death. He has authored or co-authored nearly 50 peer-reviewed scientific papers, served as a consultant to government, academic, and pharmaceutical entities, and served as a peer-reviewer and managing editor for over a dozen scientific journals.
Rick (rickstrassman.com) now divides his time between writing, consulting, correspondence, and interviews, and mentoring students.

Marisol Bohórquez Godoy Is a Colombian Poet, literary translator, and artist. She holds degrees in Industrial Engineering and Business Management, as well as a Master’s Degree in Advanced Studies in Spanish and Latin-American Literature from the University of Barcelona. Her thesis concerned the application of mathematics in poetry.
She has published four books of poetry: La soledad de los espejos (2016), Effetto Farfalla-Efecto mariposa (2017), Antiparticelle-Antipartículas (2019) and La forma del vacío-La forma del vuoto (2019) for which she won first runner-up in the “Europa In Versi” international poetry prize in 2020. Marisol also won the “Fiori di Luce” prize for foreign poetry. She has translated the poems of many contemporary Italian authors, and is the founder and curator of Vuelapalabra.com, a website that promotes the literary work of many writers worldwide.
Marisol splits her time between the Bay Area, Taos NM, her home country of Colombia, and frequent travel to Europe or wherever her passion for poetry calls her.

Since 1973 Tracy has been an independent researcher in the fields of cannabis, entheogens, herbalism, shamanism, and folk magic, and he maintained an integrative and alternative healing practice from 1983 until 2003. Tracy was ordained in 1996 as a Universalist Minister, founding the Gnostic Universalist Church Cannabis Fellowship the same year. He is a graduate of Oaksterdam University, Certified Budtender, and has worked on the production team for Entheomedia.net. Tracy is the author of, A Book of Cannabis Rituals, and three books of poetry and art. He currently resides in the San Francisco Bay Area.

Adam is a veteran on the front lines of artistic expression, where raw creativity intersects with life and explodes into inspiration – but sometimes takes ‘sanity’ with it. For him, art has always been a need, a reality that felt natural, but only because it transcends. Adam started creating at a very young age, painting, drawing anything he could get his hands on. By the age of 15, art had become his vocation and his outlet.
Mushrooms were the catalyst for turning his previously nihilistic worldview inside out. They revealed the animistic quality of everything and helped him heal profound and intractable wounds.
Adam is the administrator of The Terrence McKenna Experience, New Mexico Facebook page, and the Adam Sturch youtube.com channel.